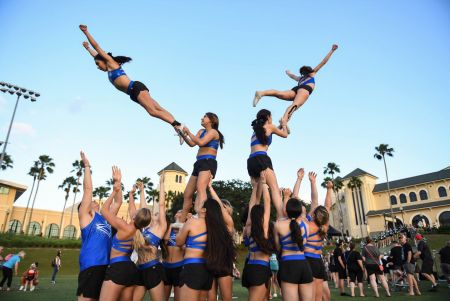 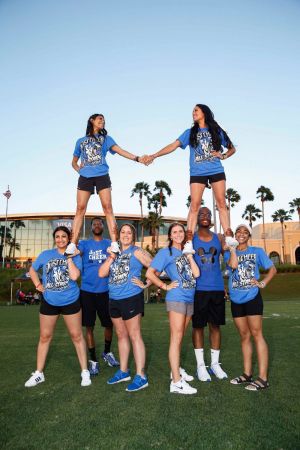 MONTVILLE, NJ–JuST Cheer Inc. is the home of the national champion JuST Cheer Jaguars and the largest and most extensively equipped cheerleading gym in Northern New Jersey, now located in a new facility at 2 Changebridge Road in Montville. The gym is complete with all of the equipment necessary to train the cheerleader in everyone and accommodates the Tri-State area’s best athletes and hardest workers.

The JuST Cheer All-star program is currently in its 23rd year, and their teams have competed locally in New Jersey, as well as all over the country, for example Orlando, Dallas, Anaheim, Atlanta, Las Vegas, Boston, Washington D.C., Myrtle Beach and Providence, among others. This past year, the JuST Cheer All-star program has been more successful than ever before; each one of the teams was recognized in both the state and the country as a top contender.

JuST Cheer Co-Owners, Amanda Romero and Alyssa Lopez had both been involved with JuST Cheer for over ten years before assuming ownership in 2016. Amanda joined the JuST Cheer program in 2005 and was part of the very first 2005-2006 Senior Level 5 team that attended the World Cheerleading Championship in Orlando, Florida. Amanda competed at the prestigious competition every year thereafter until 2014. She was also part of the 2011 S5 Ladies season that received the first full paid bid to the Cheerleading Worlds along with Co-Owner Alyssa. She is also a devoted coach and choreographer, and has achieved many first place, state championships, and nationally ranked titles for teams all over the Tri-State area.

Alyssa joined JuST Cheer in 2009 and, similar to Amanda, has cheered on the Senior 4 team, S5 Ladies, and International I5. The following year, Alyssa finished 10th out of 78 teams and 1st out of the Small Senior teams from New Jersey, at the Cheerleading Worlds. Besides her love for coaching, Alyssa has developed her skills as a choreographer, and has achieved many nationally, state championships and first place titles for High School and local Recreation Programs across the Tri-state area. She is also a Pediatric Occupational Therapist in the Newark School District specializing in development delays and Autism Spectrum Disorder.

Alyssa and Amanda work together to coordinate the All-Star Program, The Special Athlete Program, Recreational Classes, and Birthday Parties. They consistently produce quality teams while maintaining a safe and nurturing environment for all of their children and families. JuST Cheer also offers our graduating seniors a chance to excel in higher education through a scholarship program that offers thousands of dollars to talented athletes. Their cheerleaders also go on to cheer at respected colleges and universities around the country such as the University of Maryland, Louisville, Hofstra University, Ithaca, Rutgers University, Elon, Slippery Rock, and Navarro College, among others

The JuST Cheer All Star family accepts athletes of all ages from as young as four years old to high school seniors. The program is structured to fit the needs of all levels and age groups with differentiated skill level lessons. Private instruction is also available. Your cheerleading needs will most certainly always be met at JuST Cheer!