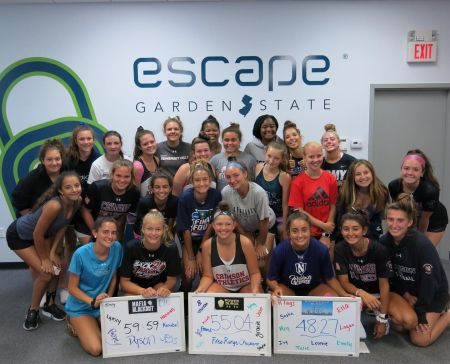 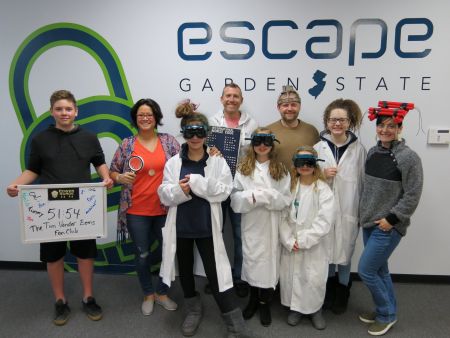 FAIRFIELD, NJ--Escape Garden State Owner and CEO, Matt Hale, first experienced an escape room while on a family vacation in London several years ago. This experience inspired him to turn his lifelong passion for puzzles and games into a business venture, especially upon learning that the concept was not yet popular in the US market. With the support of close friends and family, Matt developed the concept of New Jersey themed escape rooms - where groups have to work together to be successful while also having fun - and the location at Rensselaer Commercial Properties.

The team behind Escape Garden State built the interactive experience from scratch: the walls, puzzles and electrical design. Thomas Edison was the inspiration for their first multi-themed escape room, Power Surge. They designed this as an introduction to the concept, including locks, riddles, and other classic puzzles. Each room is designed for about four to six people but can accommodate up to eight to ten people. Their second room, Boardwalk Blast, was designed as a less stressful, yet still enjoyable, theme geared towards younger groups and families. This escape room focuses on physical, skill-based puzzles, like those you would find on the boardwalk in New Jersey. Both Power Surge and Boardwalk Blast have a similar goal: defusing a bomb, blast, or other kind of catastrophic event.

After another year, Escape Garden State launched Matt’s favorite and most anticipated room inspired by the Sopranos, Mafia Blackout. The room requires intensive teamwork and communication, along with a lot of non-combination-lock puzzles that involve electronics and other fun surprises. The final room, Devil’s Den, opened right before COVID and is a concept with a cabin and graveyard theme where the goal is to expel the NJ Devil.

Escape Garden State took steps to continue to do business throughout COVID, a great challenge given the structure of their business. They were forced to adjust pricing and group sizes as well as allowing additional transition time between groups to sanitize the spaces. Now, participants who are vaccinated have the option of wearing masks. Anyone who is unvaccinated can remove their mask once in the experience but must wear it in general spaces.

In the coming months, Escape Garden State has plans to revamp rooms and will be running a promotion for the last chance to beat the escape record! Then, customers can look forward to newly designed rooms as well as promotions such as large group rates and return customer discounts.

Learn more about Escape Garden State and book your experience!